Adam
July 2014 edited July 2014 in nupocalypse
It's been a few weeks since the hostilities, but Clarity has finally recovered from his wounds enough to get around. The late-spring sun is a welcome warm contrast to the cool breeze running through the trees, and the grass sprouting through the cracks in the concrete. Summer is just around the corner, but you still need to bundle up.

It took some doing, but you've finally found a small mall in the edge of the ruins that wasn't completely run down. You found it because you saw a lone car whose tires had damn near melted to the pavement on the turn into the parking lot. The sunlight hits the car wrong, and looking at it puts you all on edge — but the mall is far enough away from it that you don't need to go near it if you don't want to.

The mall itself was still standing relatively strongly — the signs and partitions of each store only caked with mud and mold from years of neglect. Don't get me wrong, the place is dark, dank, and smells of moldy clothes and rotting food — that would be the holes in the ceiling raining sludgy rain down on the clothing stores, and some old cans exploding, and rotting in the sun. It looks like this place has been stirred recently, and regularly, as small scavenge groups come in to take what they can hold. Pickings here aren't exactly plentiful, but there are some things worth taking.

Cinch, The parking lot was basically empty and overgrown. Driving around the old ruins looking for a decent place to scavenge took a considerable amount of gas — the needle of your gas gauge didn't hesitate to remind you of that. Did you park your car and come in with everybody, or are you outside with your Jeep?

Robinson, there was an old electronics store here that's been picked clean over the years... It's funny how most of the luxury items went first — shelves where games and stereos once stood are now rusted out and dustier than the shelves once holding rows and rows of resistors, fans, and other electronic components. Once times got tough, though, they got their share of attention too. Still, buried under the mess of damp ceiling tiles you managed to find one of the things you were looking for... What was it?

Clarity, you found a small pharmacy tucked away in a wing of the mall near the food court. You passed a mattress buried in a small nook in the back of the drug store. It looks like someone uses it as a home when it rains. They aren't here now, but you don't imagine they've gone far. Sadly, most of the first aid/medical equipment you've seen that Bish asked for has been torn off the shelf... What little is left of it is sitting in a suitcase buried under some rubble in that little nook. Someone is obviously laying claim...

Rue, Given the recent hostilities with Hugo's crew, it's understandable why you'd come along on this outing... Scaving is always dangerous in the ruins, and you're the foremost expert on matters of security. Did you go inside the mall with everyone? Or are you busy keeping a perimeter? I will mention that across the parking lot you spotted a sporting goods store "Cabelas" that has seen a lot more love than this mall has... You would know they stock bullets and guns. Whether or not they've been stripped dry is yet to be seen, but it has been barricaded and reinforced over the years... It looks like someone tried to make a go of living there.

Thirds, I'll admit, I'm curious... After the night with Rue in the RV, did you part ways or head back to Monroe with her? Either way, you find yourself here with the scav group, looking for various supplies they need for Monroe. You found a ladder up onto the roof of the Mall out behind some dumpsters that have been carefully placed to conceal it...

Some images for the setting...
The main hall: 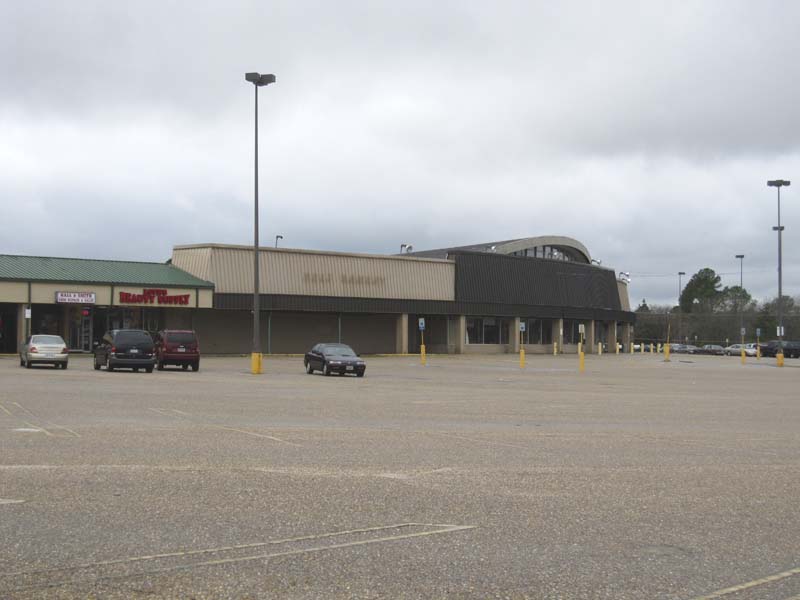